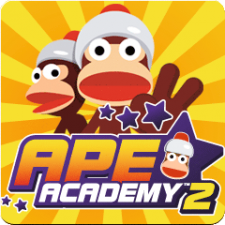 The apes have finally graduated from the Ape Academy™, so this term things are going to be a little different! Evil genius Specter has invented a new card game and it’s sweeping the globe, helping him on his way towards world domination.

Get ready to mix it up with the monkeys using Specter’s ‘scissors, paper, rock’ cards – there are 300 to collect – before taking them on in over 100 fiendishly difficult mini-games. Just don’t underestimate the apes, no matter how silly they act; Specter has put an ultra-rare platinum monkey card up for grabs (not to mention a year’s supply of bananas) and they’ll do anything to claim the prize!

NOTE: this information was correct at the time of publication.