Coconuts versus Bananas: The Invasion of C... for Ouya

Banana Island is under attack! The ambitious and dangerous Carl CocoPalm wants to muscle-in on the Bananatree Farm with his Coconuts and Palm Trees!

One player will play as Carl CocoPalm. This player starts with one coconut, which must be planted in order to grow more coconuts which then can be used to KNOCK-OUT the Bananatree Siblings and grow other palm trees.

The Bananatree Siblings (now including their sister Sandy) vie for the highest score by eating bananas and growing banana trees, but must also take care to escape from and respond to Carl CocoPalm’s attacks!

The Bananatree Sibling with the highest score wins, or Carl CocoPalm will win if he has a higher score than all the other players combined or manages to knock-out all other players.

This game must be played with exactly FOUR (4) players with one controller each. 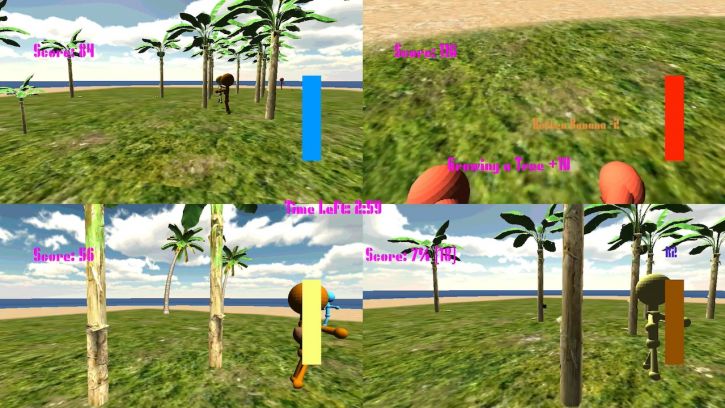 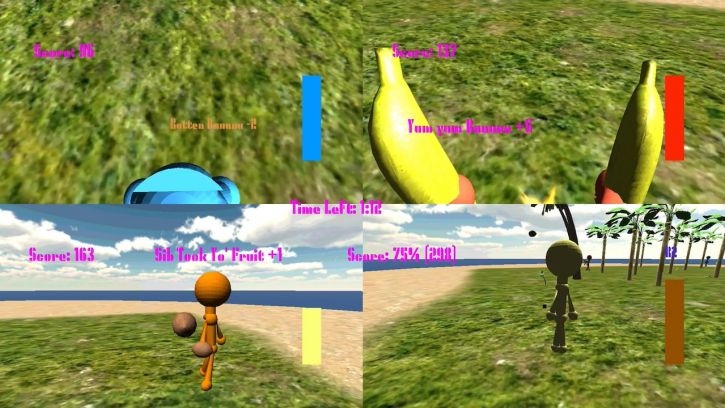 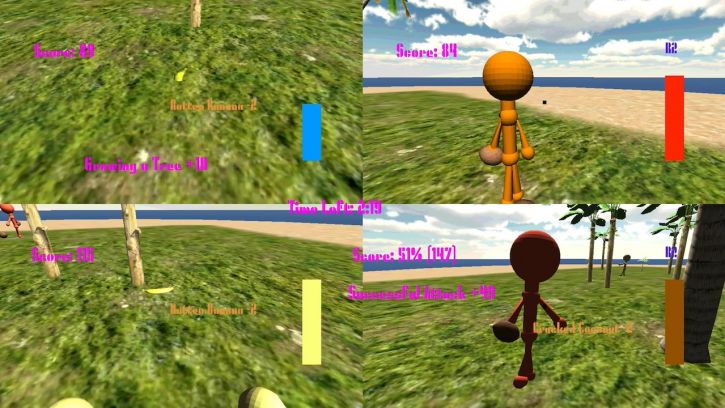 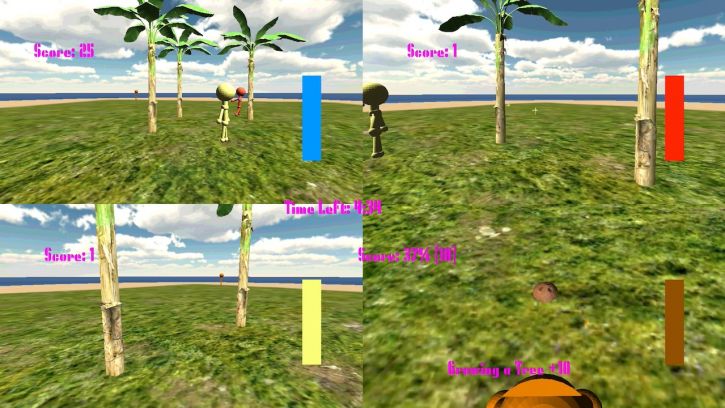 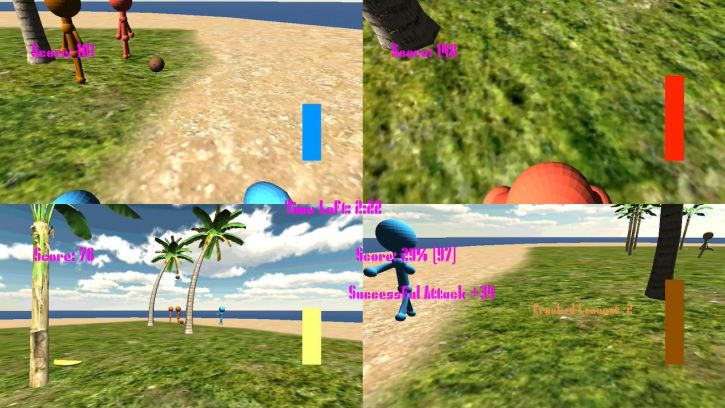