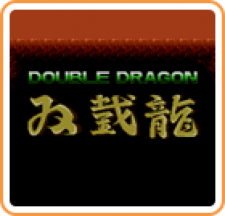 Fight your way through hordes of enemies to save Marian!

A group calling themselves the Black Warriors has kidnapped Billy Lee's girlfriend, Marian. They demand to know the secrets of Billy’s martial-arts style in exchange for his girlfriend. However, Billy won’t stand for these underhanded tactics and decides to rescue her himself. Help him fight through city streets, buildings, jungles, temples, and various other locations in a quest to find his girl. He’ll gain experience by using different fighting techniques in order to obtain more hearts, which will unlock more powerful techniques to use against his enemies. Keep an eye out for crates, boulders, whips, bats, knives, and even dynamite along the way, as Billy can also use them to annihilate opponents. Armed with his mysterious and powerful martial arts, help Billy pummel his way through an array of goons, gang members, and other Black Warrior scum to free Marian from their clutches! 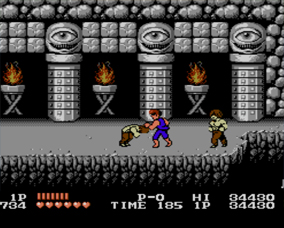 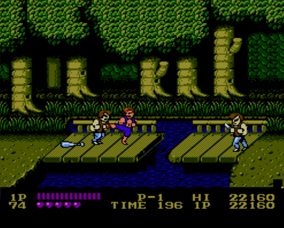 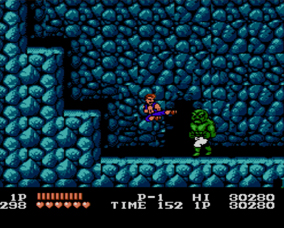 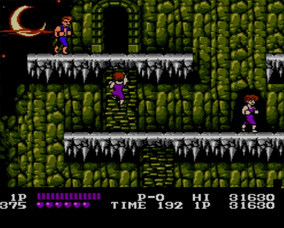 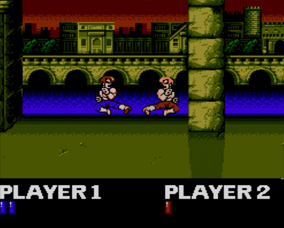 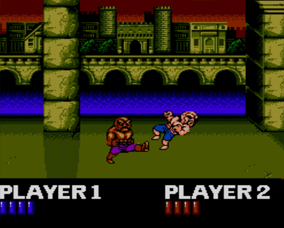