Escape From Zombie City for 3DS 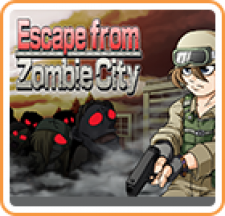 The military sent in forces to suppress the zombie infested city, but they were wiped out. The government had no choice but to issue a large-scale bomb raid over the surrounding area.

The time limit is morning.
You are a soldier that has been left behind.
Can you make it out alive?!

Use any weapon you can get your hands on to keep the zombies off your back as you race to get out of the city before the bombing raid hits. The clock is ticking from the start and each stage you pass takes you closer to dawn and the bombing raid.

Fight your way through the city suburbs and underground parking areas heaving with the undead, rescuing any remaining civilians you find on the way. Use shotguns, magnums, grenades and flamethrowers in your fight to stay alive against a whole city of zombies. 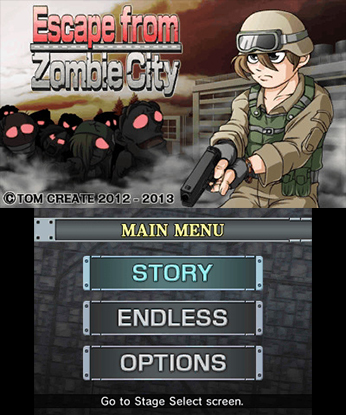 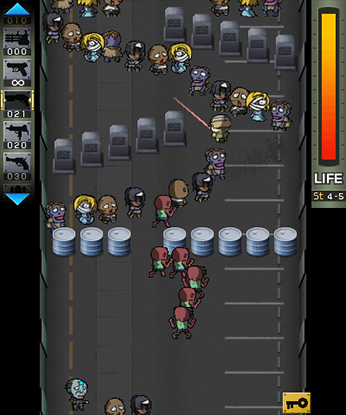 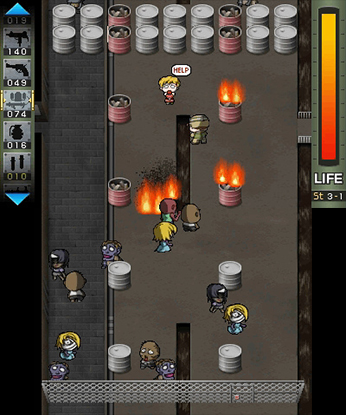 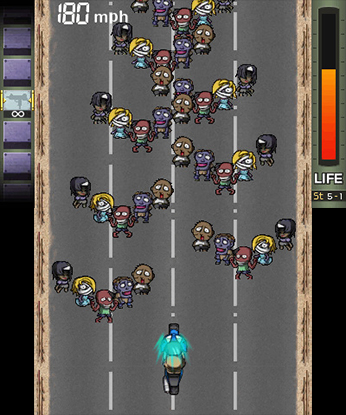 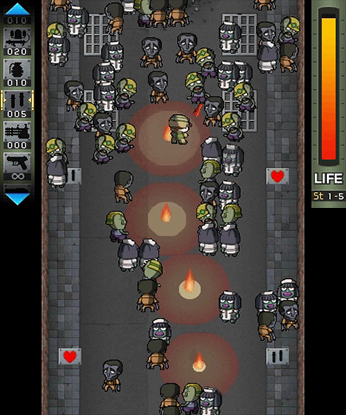 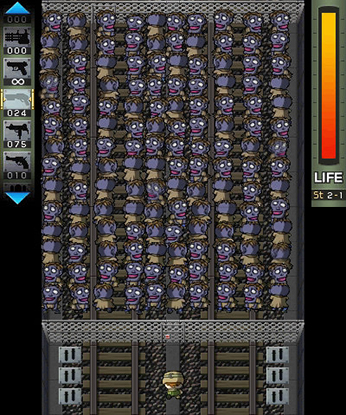