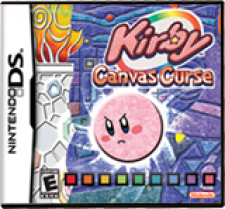 Your DS stylus has been magically infused with the power to paint! When Kirby gets turned into a ball by an evil witch, your hand-drawn rainbow paths become the only way he can find power-ups and reach the gates of each world. Draw loops to make him speed up, make ramps to jump danger, and draw walls to block laser beams and cannon blasts as you explore seven levels packed with adventure.

Kirby: Canvas Curse delivers all of the classic copying action Kirby fans expect, while utilizing some of the most innovative touch-screen controls we've seen on Nintendo DS. Don't let Kirby's pink exterior fool you -- Canvas Curse is a perfectly balanced game that challenges players of all skill levels.

Kirby: Canvas Curse delivers classic Kirby action with a fun twist. Using the stylus to control Kirby's movements is surprisingly intuitive, and the new control scheme provides many unique gameplay challenges. The rainbow paths you draw guide Kirby through the game, but they also can protect Kirby from falling icicles, lasers, cannon blasts and other hazards. In addition to drawing paths, the stylus can also be used to stun enemies, destroy barriers, detonate bombs and much more.

Each of the game's seven levels is divided into three stages, and each stage holds three hidden medals. Some are easy to find, while others are either well-hidden or heavily protected. You can also earn medals by completing other tasks in the game. You don't need to find these medals to complete the game, but the medals you recover can be traded in to unlock special features like new ink colors for the paths you draw with the stylus.

Finding all of the medals in the game will be a tough task even for experienced gamers, and a collection of unlockable minigames adds even more replay value to Kirby: Canvas Curse. 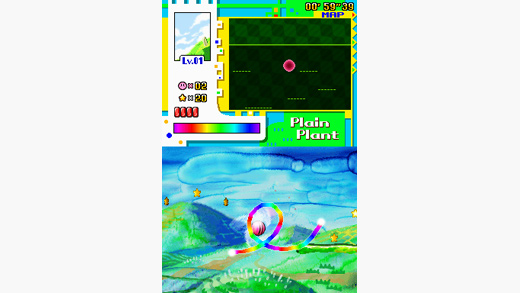 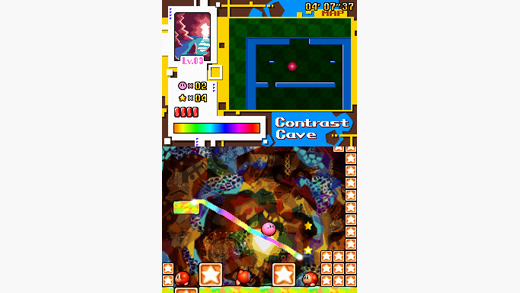 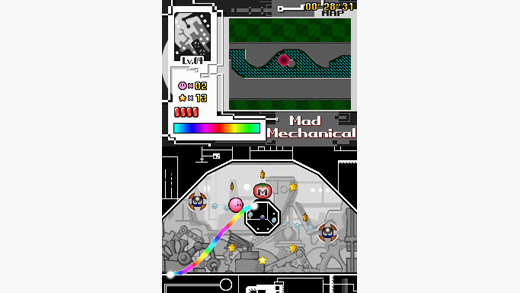 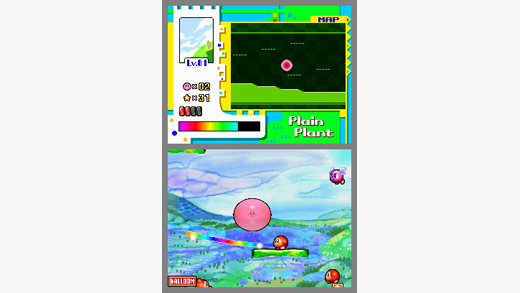