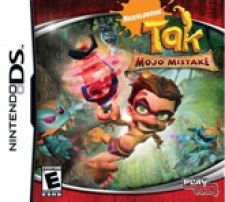 Tak finds himself exhausted from trying to help everyone in his village. He decided to use his Juju magic to create little helpers called Hackies. But when these little critters became unruly and then unexpectedly multiplied into hundreds, they invaded both the Pupununu village and the Juju realm causing havoc and devastation. Now Tak must do all he can to get rid of the troublemakers and restore balance to both worlds!