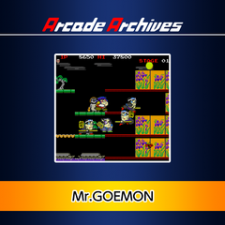 'Mr.GOEMON' is an action game that was released in 1986.
As Mr.GOEMON, players attempt to reach the goal at the end of each level while avoiding enemy capture with various items and weapons. This is the seminal work that became the foundation of the 'Ganbare Goemon series' which was said to be the quintessential work of KONAMI. 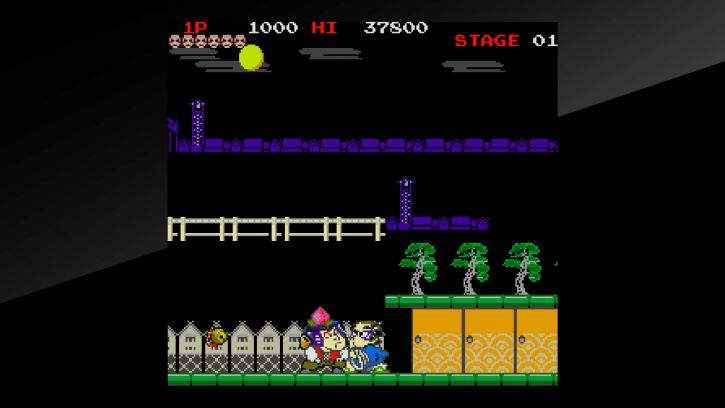 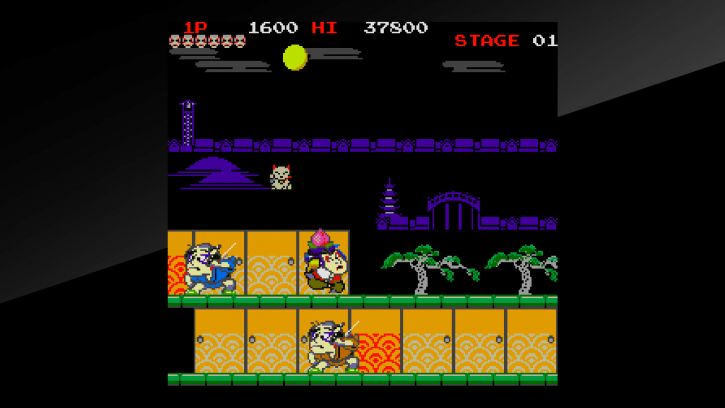 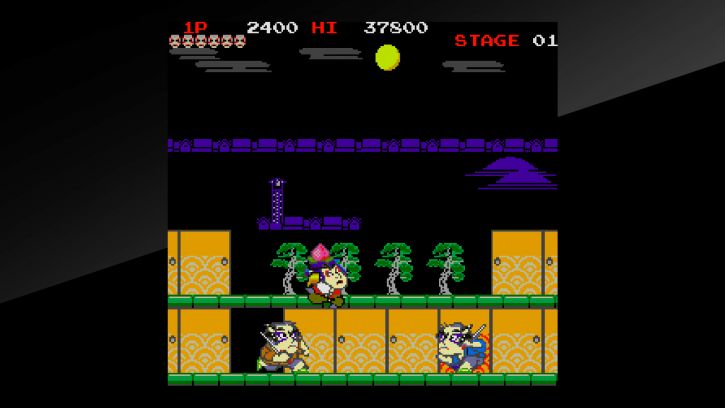 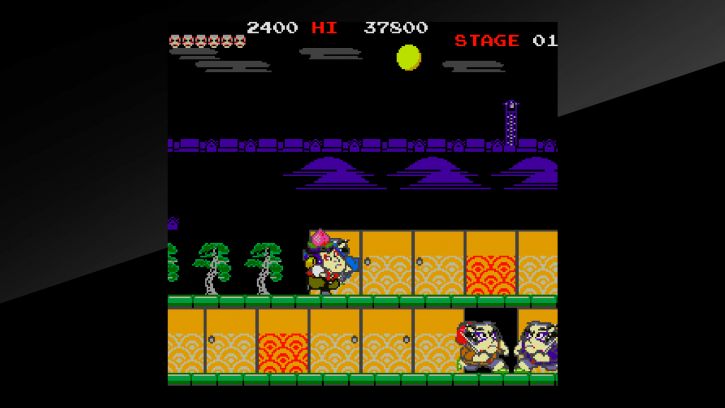 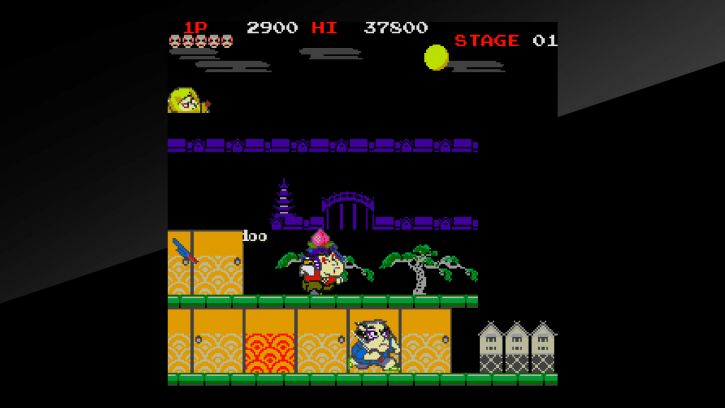 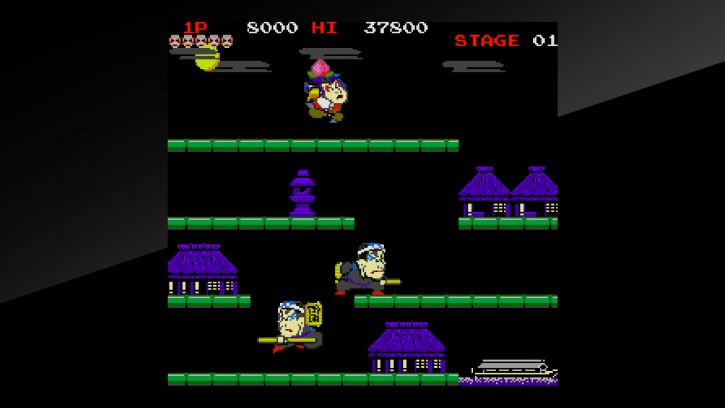 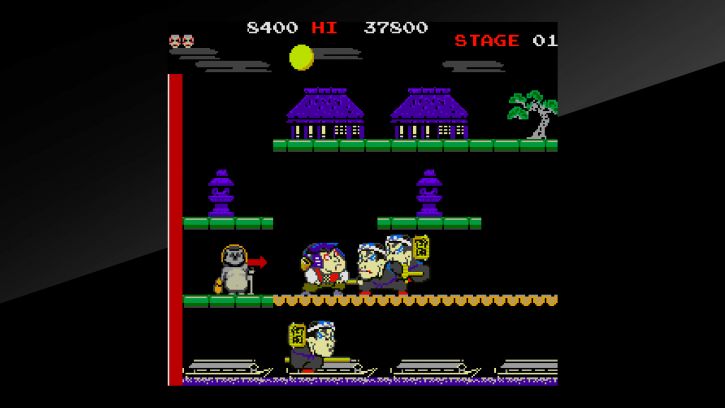 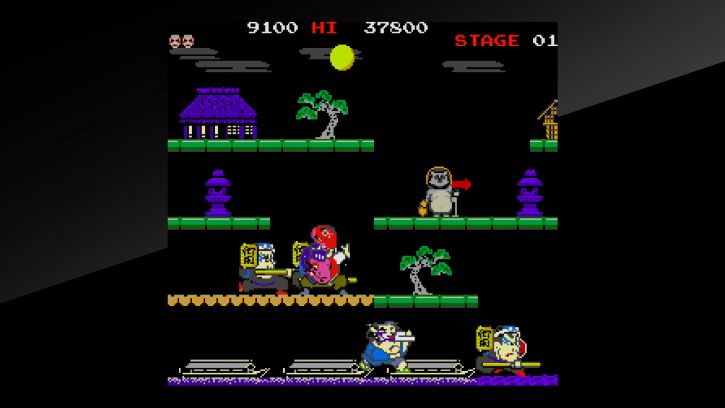 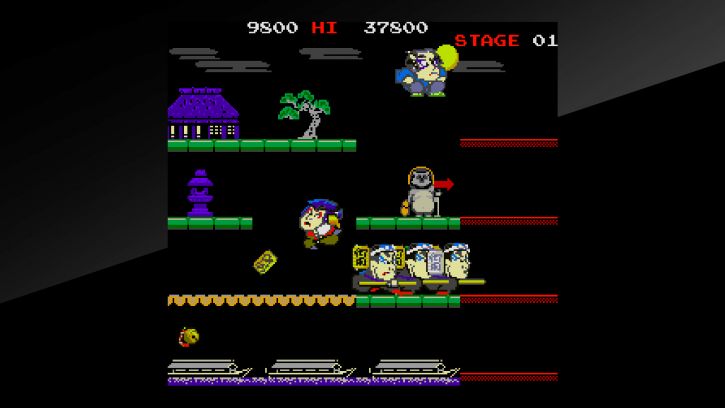 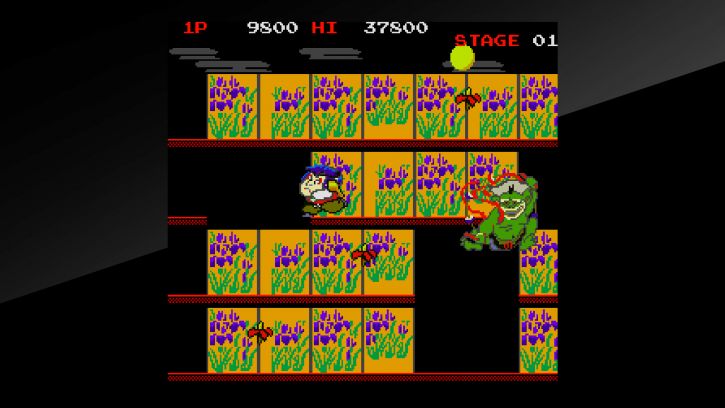