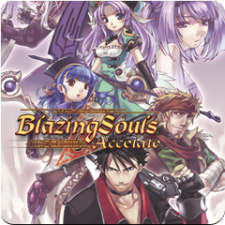 Enter the world of Neverland, a war-weary world whose long-fought-for peace is being threatened by Human Genomes, a species created by a long-dead god to be the successors to humanity. Join Zelos, an amoral mercenary with a shadowy past and access to almost unlimited power, as he and a group of adventurers who insist on calling him a friend embark on an epic quest of redemption and salvation.

© 2010 IDEA FACTORY Licensed to and published by Aksys Games.