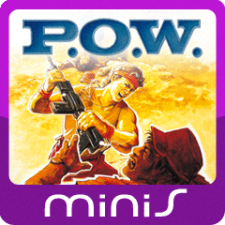 Control a military prisoner who breaks free from his cell, and must fight through waves of incoming enemy combatants. Fight via close-quarters-combat, or shoot your enemies with weapons they have dropped in this side-scrolling beat'em up originally released in 1988!
* 2P gameplay / ad-hoc functionality is not available for this software