SAR - SEARCH AND RESCUE for PSP 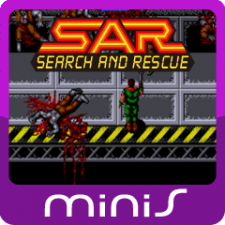 The government sends down an investigation team to a crashed spaceship that had vanished off its course, in order to determine what actually happened... Infiltrate the spaceship, and battle hordes of alien monsters and robots, in this action-shooting masterpiece of SNK originally released in 1989.