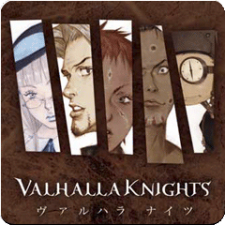 In order to download and install this product, 331 MB is required.

In a realm forgotten by history, humans, elves, halflings and other races lived together in harmony in a untainted paradise. However, this tranquility was abruptly shattered by the roar of demons as the Dark Lord returned to reclaim his throne. This set off a series of bloody battles as all races become ensnared in the violent conflict.

After years of fierce fighting, the Dark Lord was eventually sealed away by the hands of as hero named Rastul. However, the damage had been done. This once serene paradise became known as 'the Cursed Land.' It entrapped its inhabitants and filled them with despair, causing each waking moment to feel like an eternity.

One day, a brave youth awakens in this land, unable to recall who he/she is and having no recollection of his/her past. The story continues, following the unknown youth on a journey of discovery to find his/her lost memories and determine the future of this forsaken land.