Wonderbook™: Walking with Dinosaurs for PS3 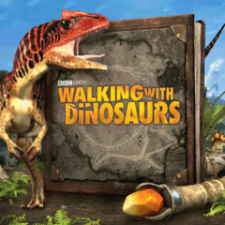 Grab your Wonderbook™ peripheral, dig up 150-million-year-old secrets and uncover dinosaur fossils, then stand back as the prehistoric giants come to life right before your eyes. -Walk among giant herbivores such as Triceratops and Stegosaurus and come face-to-face with deadly predators including Mapusaurus and Tyrannosaurus. -Experience the danger and adventure of prehistoric worlds. -Catch up with Patchi and Juniper, stars of Walking with Dinosaurs: The 3D Movie, as well as a whole cast of new characters. -Tilt, rotate, touch and rub your Wonderbook™ peripheral and use your voice to interact with the dinosaurs. NOTICE: Wonderbook™ peripheral required and is sold separately.

This item is being licensed or sublicensed to you by Sony Computer Entertainment America and is subject to the Network Terms of Service and User Agreement, this item’s use restrictions and other applicable terms located at www.us.playstation.com/support/useragreements. If you do not wish to accept all these terms, do not download this item. This item may be used with up to 2 activated PlayStation®3 systems associated with this Sony Entertainment Network account.