Growlanser Wayfarer of Time™ for PSP 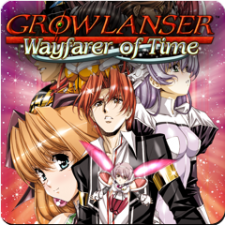 Unravel the mystery in this legendary RPG from ATLUS!
Peace is a rare thing on the continent of Noyeval. Millennia ago, the lands were ravaged by mysterious beings known only as "Angels." And in the time since, though people have inched their way back toward civilization, they are still far from civilized. Mankind still fights over anything and everything, from money, to power, and even simple pride. It is in this war-torn climate that the Angels have re-emerged to finish what they started. Join the enigmatic Crevanille and his friends as they attempt to solve the conundrum that threatens to wipe out their existence. Along the way, marvel at the stunning artwork by Satoshi Urushihara, challenge yourself with an engaging battle system, and uncover over 40 different endings all while managing to save the world from darkness! Often hailed as the best game in the beloved Growlanser series, this long-awaited chapter of the saga is not to be missed.