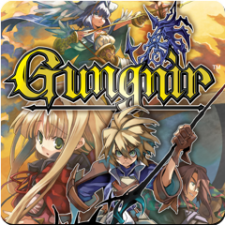 Take up the spear in this SRPG from STING and ATLUS! The downtrodden people of the Empire came together to rise against those who oppressed them. Led by the hero Ricardo Raguel, the resistance group Esperanza stormed the capital and faced the might of the Empire's military, hoping to create a new world based on freedom and equality. That resistance failed utterly. Ten years later, what little remains of Esperanza hides in the worst of the nation's slums. They are merely thieves hiding under the cloak of political activism, and even Giulio Raguel, son of the now-dead hero, has become disillusioned of any chance of seeing a life outside of the filth and racism in the Empire. However, when a valuable prisoner falls into Esperanza's hands, a new chance to fight returns... along with a magical weapon that declares that its destined wielder has the opportunity to fight for everything his heart desires--or destroy everything in the attempt.