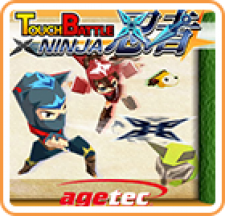 Move your vehicle using the Circle Pad, aim and fire using the stylus – you have the same touch-battle feeling as always - but your vehicle has become a ninja. Make full use of jumps and ninja techniques to take care of the swarming hordes of demons.

The player can choose from two characters – the Ninja of Strength, or the Skilled Female Ninja. By saving up spirit, the ninja can power up to get 2 levels of attack. You can enjoy formidable battles, using powerful attacks to cut down the enemies. The female ninja moves quickly, uses flying attacks in up to 3 directions, and has the special ability of being able to move through the air.

The enemy ranks are full of crafty characters, each with their own special features. They'll come attacking fiercely from the ground and the air. On top of that, huge, evil demons will appear, blocking the path of the ninjas.

Altogether, there are 80 stages. The fierce battle of the ninja, charged with the duty of defeating all of the demons, begins. 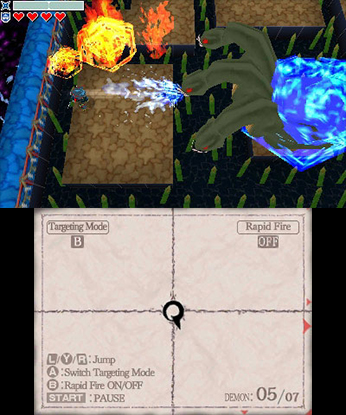 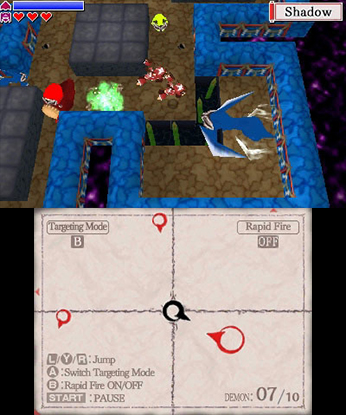 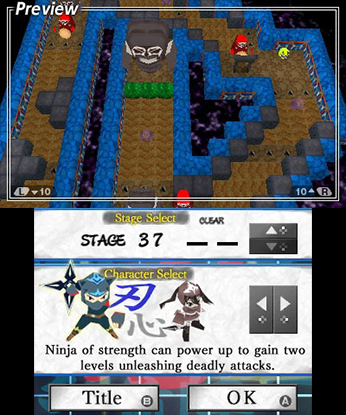 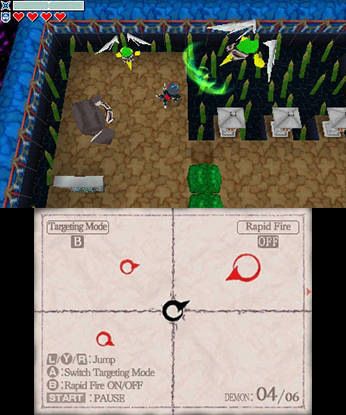