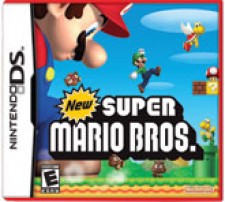 It's been more than 20 years since Super Mario Bros. first arrived, and now Mario and Luigi are back in an all-new platformer for Nintendo DS. Boasting incredible 3D graphics to accompany classic 2D gameplay, this fast-paced adventure will have Mario fans cheering.

The great thing about New Super Mario Bros. is that it takes everything that was so spectacular about the original series and takes it to the next level. The new moves and power-ups are awesome, and it's hugely satisfying to find hidden item blocks and other secrets scattered throughout the game. The replay value is through the roof, especially with the addition of the Mario vs. Luigi multiplayer mode. Never before has "New" been so dramatically understated.

New Super Mario Bros. features eight all-new worlds, each filled with extra levels, hidden paths, and secrets galore. It's possible to complete the game without visiting every world, which means you'll have to track down many alternate exists to visit every nook and cranny in the game.

You'll find classic power-ups like the Super Mushroom and the Fire Flower in the game, and there are some all-new power-ups that let Mario explore the Mushroom Kingdom like never before.

Mario's most basic power-up doubles his size and grants him the strength to smash through blocks. It also allows him to survive a single enemy hit.

The Fire Flower transforms Mario into Fire Mario, allowing him to throw fireballs that bounce along the ground and can damage or destroy most foes.

Grab a Mega Mushroom to make Mario grow to colossal size for a short time. Mega Mario can smash enemies, blocks and even pipes simply by running into them.

Snag a Mini Mushroom to shrink Mario down to micro size. In this teeny form, Mario can go into small pipes and travel down tiny paths. Plus, he's so light that he can perform floating jumps and run on water.

When Mario picks up a special blue Koopa shell, he'll transform into Shell Mario. Shell Mario can smash through enemies and blocks like a Koopa shell, and also swim more quickly underwater.

New Super Mario Bros. expands Mario's arsenal of moves to include some very powerful advanced techniques. If you want to uncover every secret in the game, you'll have to master them all.

Known in some circles as the "butt bounce," this move allows Mario to pound the ground from above. This technique can be used to attack enemies or to break bricks.

Mario can gain new heights by performing double and triple jumps similar to those found in Super Mario 64.

Mario's new wall jumping ability is probably the most-used new move in the game. You'll have to use this technique to reach hidden items, and it can save your life if you accidentally fall into a pit.

There are two multiplayer modes in New Super Mario Bros. -- Mario vs. Luigi and Minigames. In Mario vs. Luigi mode, it's brother vs. brother in a race for Stars. The goal of the game is to collect the Stars that appear throughout the stage at timed intervals. If your brother gets a Star first, don't worry. Any time you damage your bro, he'll drop one of his Stars and you can claim it for yourself. This mode is available for two players, and you only need one game card to play.

The Minigames mode offers a wide variety of simple touch-screen activities. You can challenge them solo, or use them as the basis of a minigame tournament for up to four players. The minigames may be simple, but they're surprisingly fun when you're putting your skills to the test against your friends. 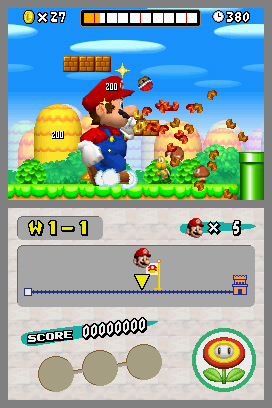 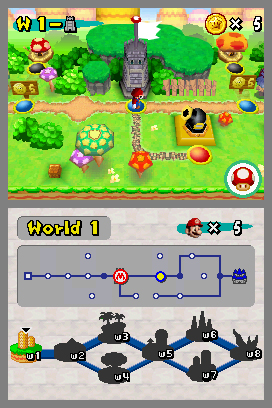 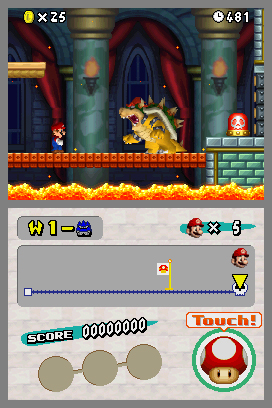 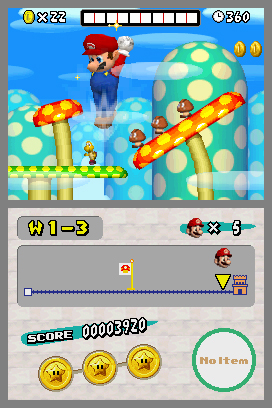 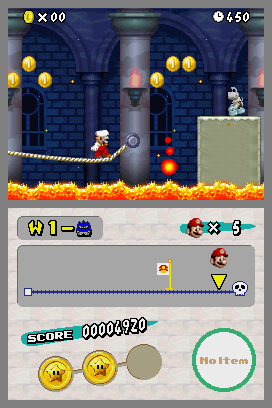 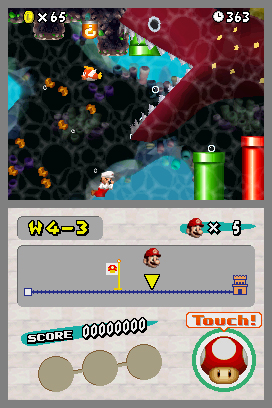 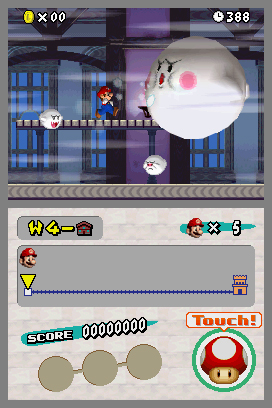 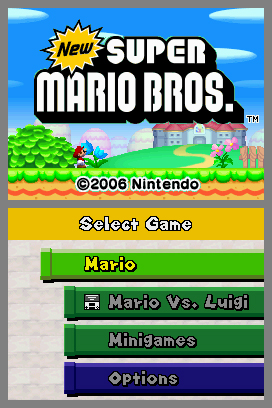