Thor: God of Thunder for DS 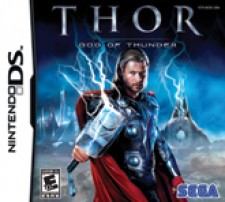 Become Thor, God of Thunder, as he battles to save his home of Asgard. Wielding the iconic Mjolnir, Thor's legendary hammer, fight across multiple Norse worlds, controlling elemental storm powers to overcome hordes of deadly foes with devastating lightning bolts, earthshaking thunder and mighty blasts of wind that can sweep away throngs of enemies.

Battle through mythological realms to overcome colossal enemies lifted from the pages of the comics, including Ulik, Ymir, and Surtur, in a clash that extends to extraordinary planets filled with Frost Giants, Trolls and other mammoth opponents. Use powerful melee combos, lethal hammer throws, godlike elemental powers and a robust grappling system to take down enemies that range from large to gigantic: go toe-to-toe with a 25-foot tall, 12-ton Ice Troll for a truly heart-pumping experience!

Towering bosses: Go up against colossal foes from the Norse worlds that take up both screens. They are no match for Thor's power!

Journey to Hel: Thor must journey to this Norse world and face a boss that is exclusive to the Nintend DS.

Total destruction: Thor takes down dozens of enemies at once across both screens with his hammer combo attacks, hammer throws and elemental storm powers. He can also weaponize enemies by picking them up and throwing them at oncoming enemies!

Unlock gameplay modes: In Survival Mode, face off against wave after wave of enemies and see how long you can survive. In Frostgrinder Assault pick three of the Asgardian warriors and venture into battle and have direct control over the first character picked. In Archon Chaos, roll a giant boulder as far as you can, and watch the resulting chaos! You can also unlock the portrait and sound FX galleries! 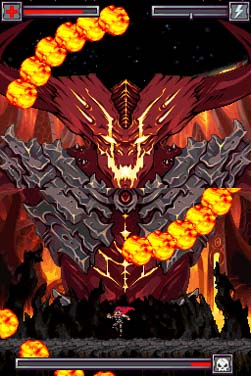 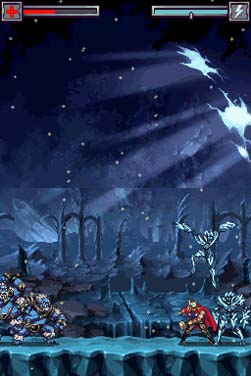 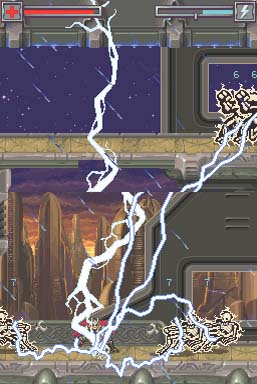 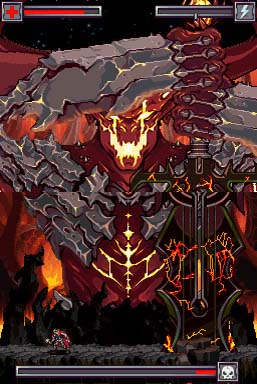